Fundamental objective for the development of a new process is the production of long profiles and bars with functional geometries and structured surfaces of thermoplastic materials. Given the two standard methods injection molding and extrusion to be advantageously combined. 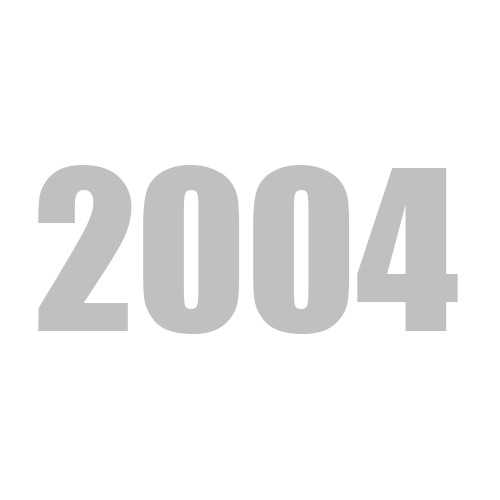 Project Start made by a Feasibility Study

The terms “EXJECTION” and “ExM” (abbreviation for EXJECTION Moulding) are granted trademark rights with the Registry Numbers 219 999 (EXJECTION) and 220 000 (ExM) by the Austrian Patent Office. The positive results of a systematic approach and basic process development lead to the filing for a patent for the process. In addition, proprietary rights are claimed for the moulds and the components manufactured by using the new process. In order to assess the basic technical and economic feasibility, a feasibility study is made with the support of FFG (“Forschungsförderungsgesellschaft mbH” (Austrian Research Promotion Ltd.). 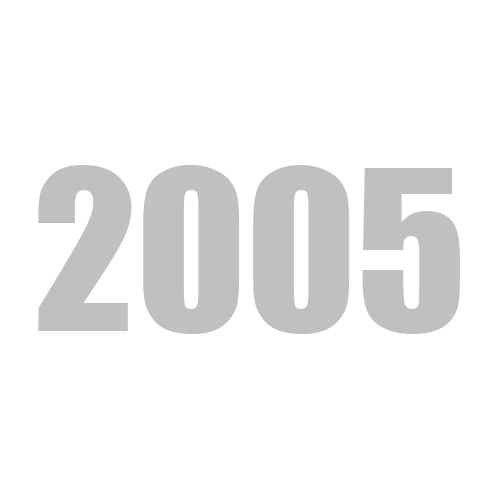 The extremely positive results of the feasibility study lead to the start of the research project EXJECTION. The project lasting for several years is co-funded within the start-up initiative by FFG (“Forschungsförderungsgesellschaft mbH” (Austrian Research Promotion Ltd.) in Vienna/Austria and SFG (“Steirische Wirtschaftsförderungsgesellschaft” (Styrian Research Promotion Ltd.) in Graz/Austria. The multi-anual project has a project budget of Euro 0.7 million and is borne by IB STEINER and HYBRID COMPOSITE PRODUCTS GmbH, which is established in September 2005, both companies being based in 8724 Spielberg/Austria. 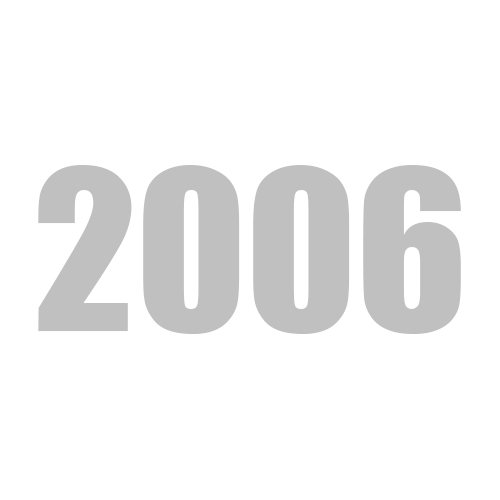 An important milestone consists in putting the research mould, which has been built by CAD-PLAST in the laboratory of ENGEL Austria GmbH in 4311 Schwertberg/Austria, into operation. Before this first process analyses were made by using a test mould provided by HTBL Kapfenberg. The first EXJECTION components are manufactured. The process is acknowledged in its function. Building of the research mould ready for series production has been supported by the Special Steel Corporation BÖHLER-UDDEHOLM, the coating specialist OERLIKON BALZERS COATING, both Kapfenberg/Austria, as well as by the manufacturer of gauges HASCO, Guntramsdorf/Austria, and KISTLER Company, Winterthur/Switzerland. Important process relevant components of the EXJECTION mould can favourably be integrated in an injection moulding machine. This increases economic efficiency in terms of the scope of investment and manufacturing costs even more. 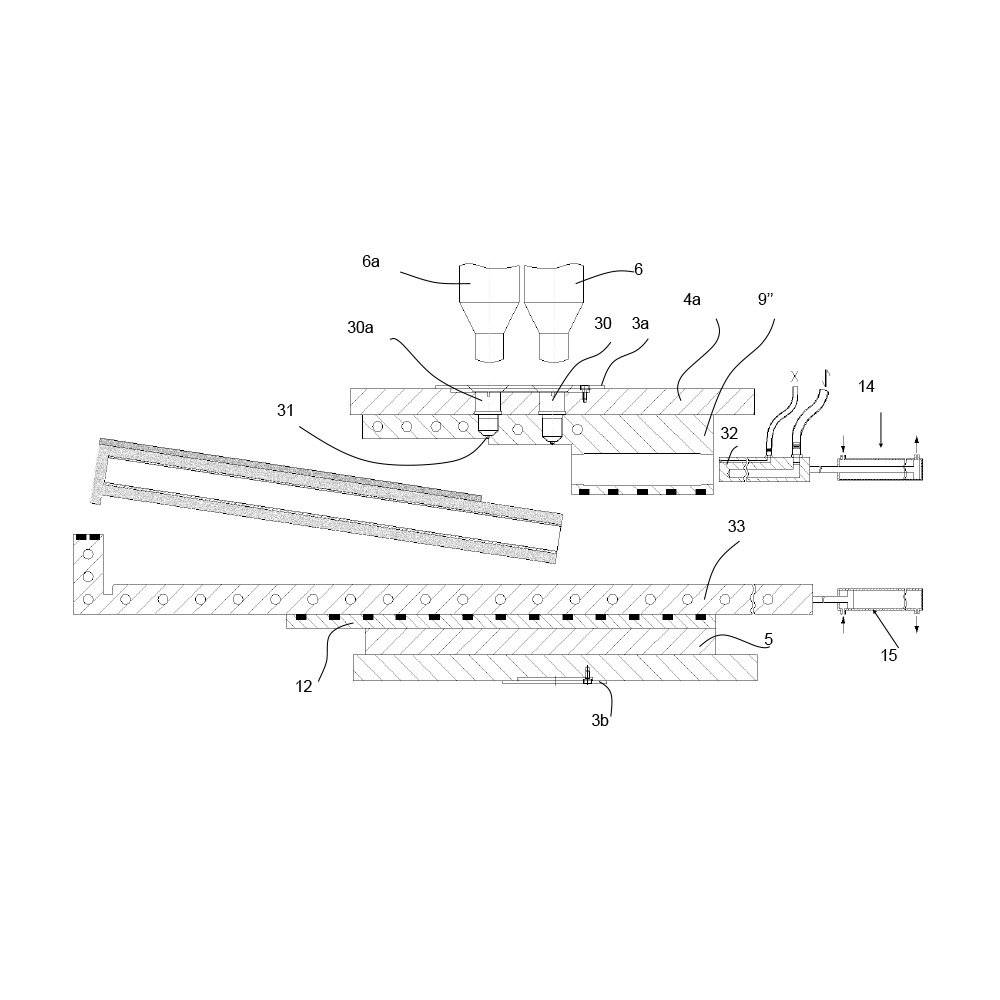 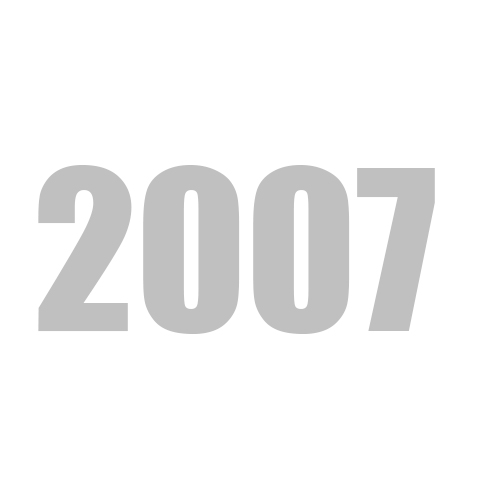 For the first time EXJECTION components with a wall thickness of 1.2 mm and a length of 930 mm are manufactured in a high quality by using the rebuilt research mould. Thus suitability for series production of the EXJECTION Process is demonstrated! Systematic process analyses on an ENGEL e-motion injection moulding machine show the expected good influence on the process. Different types of thermoplastics are processed by means of the new process. There always is the same result, which is extremely positive: The quality of the components meets the high market requirements. Serveral materials got tested, such as ABS, SAN, PMMA, IONOMER, PC, TPU, PBT, PA and PP. 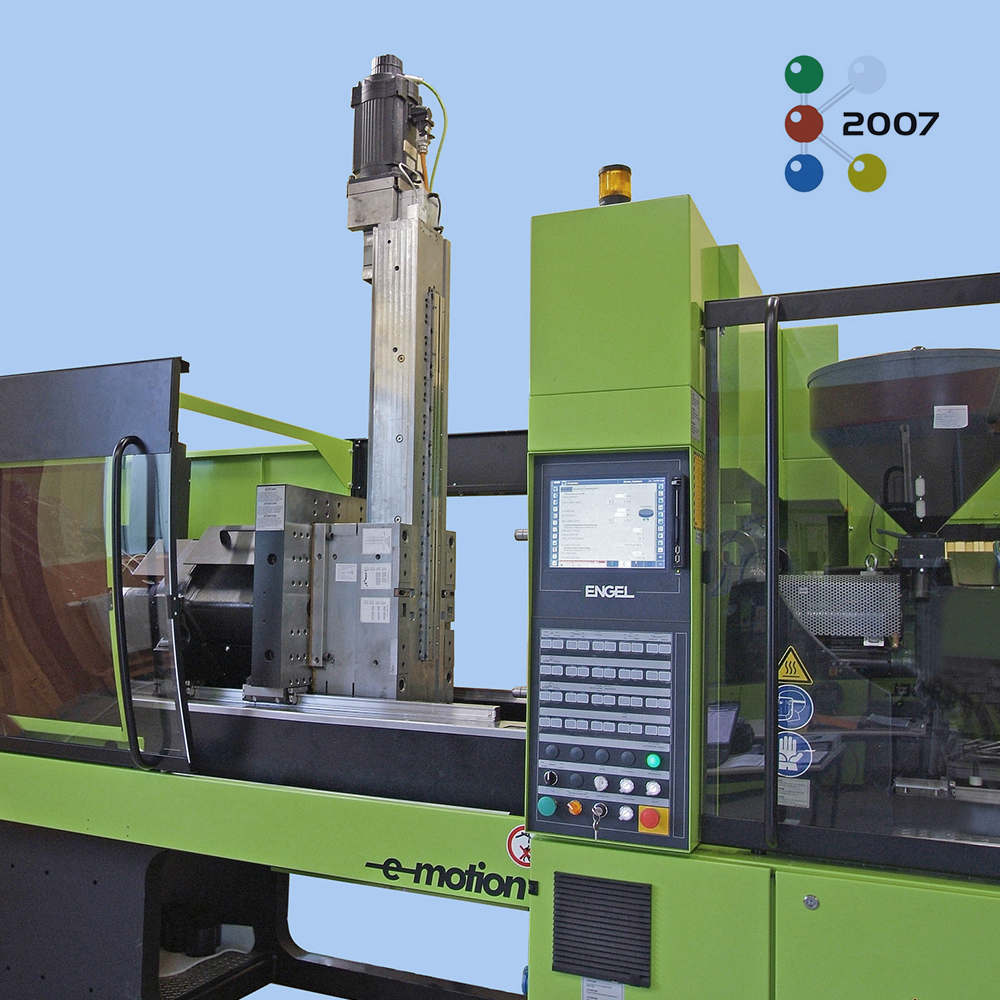 EXJECTION is ready to go into production 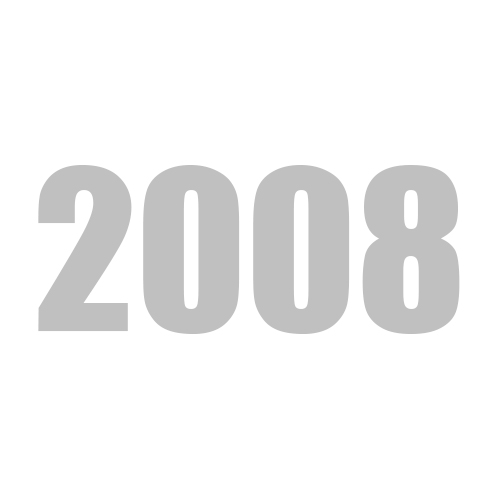 Design and Production of the EXJECTION mould "CONTROL LEDGE"

Based on the general agreement between the internationally successful German manufacturer of injection moulding machines for plastics ARBURG for cooperation in the field of the EXJECTION technology the cooperation yields first results. For the presentation of the EXJECTION technology at the ARBURG Technology Days from April 3rd to 5th, 2008 at the ARBURG head quarter in Loßburg / Germany the design and production of an EXJECTION mould at the latest state of the art has been agreed and promptly started. It is common goal of the cooperation to apply the mould for manufacturing the technically demanding component “CONTROL LEDGE” on a competitive functionality level. Main focus of the development team will be laid on proofing the process capability while producing high quality parts. 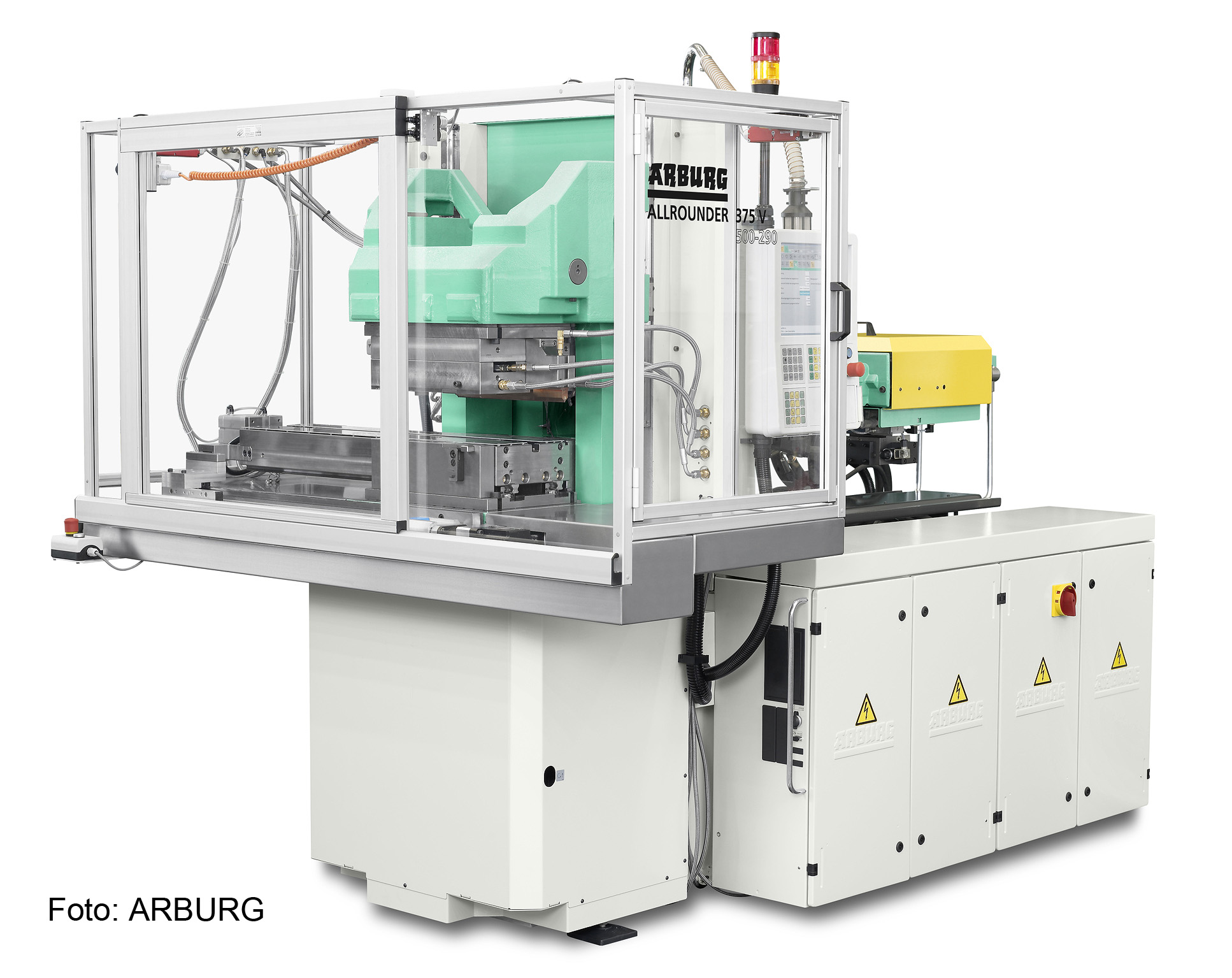 on the ALLROUNDER 375V

During the FAKUMA 2008 at Friedrichshafen ARBURG produced the new EXJECTION CONTROL RAIL on an ARBURG ALLROUNDER 375 V. The visitors could not only see the realization of a new mould concept with a horizontal running sledge, but also a drive unit of the sledge that has already been integrated into the injection moulding machine. The visitors response has been very good. Numerous new contacts have been made and several existing customers could have been welcomed at the FAKUMA 2008. 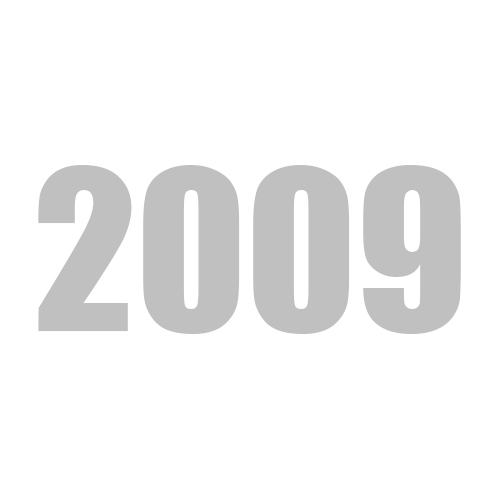 On June 18th 2009 for the first time IB STEINER presented the new innovative EXJECTION process. Therefore well-known representatives from the plastic industry met at Hotel Schloss Gabelhofen in Styria to get deeper knowledge of the EXJECTION process. The contributors covered relevant topics ranging from new, promising EXJECTION applications, over the current state of the art in the field of process simulation and the actual experiences with thermoplastic materials to first results from the field. The organizer, DI Gottfried Steiner, CEO of IB STEINER presented facts that backed up the superior capabilities of the EXJECTION process both economical as well as from a technical view. 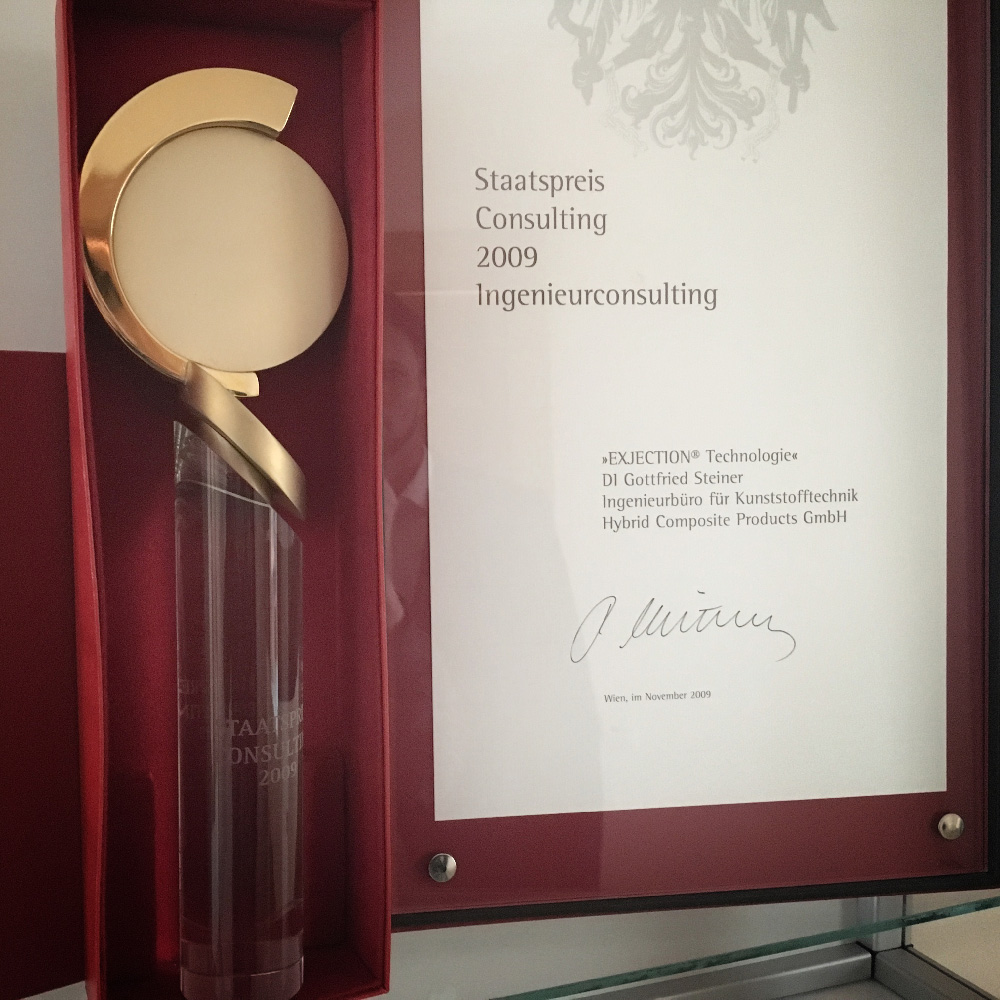 The Federal Award Consulting 2009 was presented by State Secretary Christine Marek in the Studio 44 in Vienna on November 23th, 2009. BMWFJ (Federal Ministry for Economic Affairs, Family and Youth) recognizes outstanding engineering performance by presenting the Federal Award in co-operation with ACA. It is IB STEINER that obtained the Federal Award for Engineering Consulting 2009 as a reward for the development of the EXJECTION Technology. This Award did not only emphasize the significance of the new technology but also placed the efficiency of the project partners in the limelight. Excerpt from the assessment made by the jury: ... On the one hand, energy efficiency is improved significantly (about 60 % of energy can be saved, which also has a correspondingly positive effect on the environment). On the other hand, lower investment costs (approx. 40 % as compared to conventional injection moulding machines) also help to lower the manufacturing costs for the plastics parts manufactured by using EXJECTION. In the interview with ACA, DI Gottfried Steiner explained, "Innovative technologies enable us to remain competitive on the world market. This plastics and innovative manufacturing technologies are very important for our future in the heart of Europe." 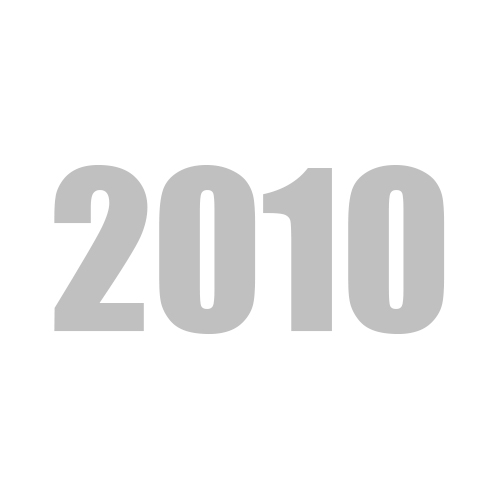 Continuous injection moulding becomes reality: Based on the idea of the moving cavity, the EXJECTION endless technology surmounts all limits so far set by the moulding cycle. The modular design of the EXJECTION endless mould makes it possible to demould already cooled and frozen segments of the moulded component while at the gate continuously new product is generated. Those segments of the cavity, where the component has already been demoulded, are transferred back to their initial position at the front end of the cavity. There they again generate new cavity, ready to be filled up again with melt. This way a discrete process becomes continuous. Development and realisation of the first mould, which has been brought into operation in July 2010, have been done in cooperation with the SAARGUMMI group, one of the leading suppliers of automotive sealing solutions and the Z-WERKZEUGBAU GmbH, one of Austria's leading mould makers. There the results of the development finally became reality. Nozzle insert and hot runner system were provided by the well established EXJECTION partner HASCO GmbH. Already the production of the very first 1.000 meters made clear that the process offers a very special charm. 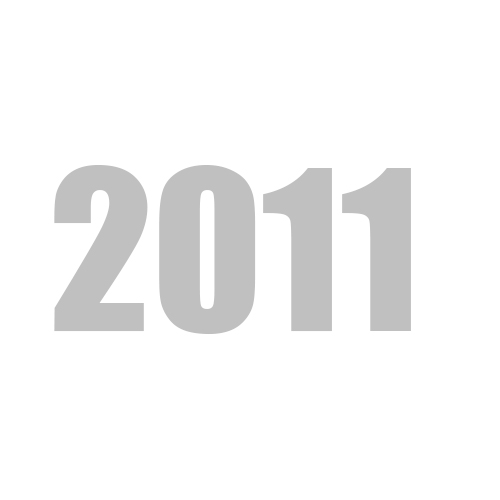 EXJECTION now continuous: 2007, INGENIEURBÜRO STEINER presented EXJECTION technology for the first time to the market, which makes it easy to manufacture products with 2 or 3 meters length on small injection moulding machines. In early July 2011, the first EXJECTION endless mould was operating on an injection moulding machine of ARBURG. This technology overcomes existing limits in injection moulding processes. For the frist time worldwide, continuous moulding is REALITY: production of components on a roll without dry cycle times for mold closing, mold opening and part removal. The process is entirely sufficient and reinforced already in first projects . 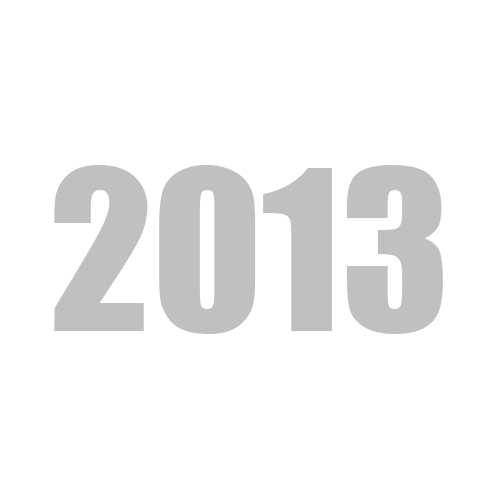 Reeling it off | EXJECTION endless

The areas of application for the EXJECTION endless process are manifold. Whether it is automotive, aerospace , electrical and electronics, construction or medical technology, for each sector it is easy to represented clearly the benefits. This applies to the component developer, who has access to unprecedented design possibilities and new functionalities, as well as to the business administration with lower manufacturing costs and higher production capacity. The development of EXJECTION towards continuous production shows the enormous potential in this still very young but already mature manufacturing process. The use of continuous technology is an excellent opportunity for plastics manufactorers to generate a competitive advantage and differentiate themselves by offering unique features in the difficult market of environment. 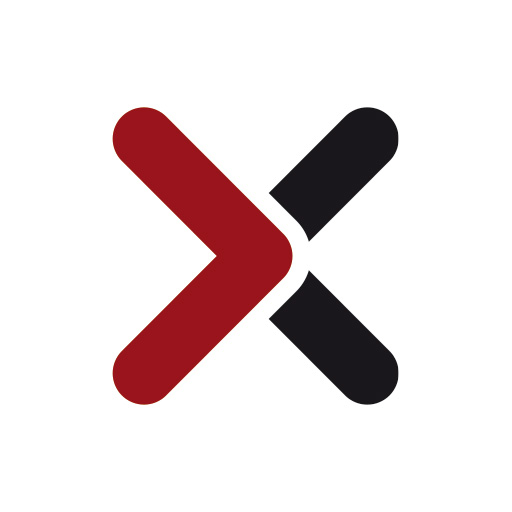 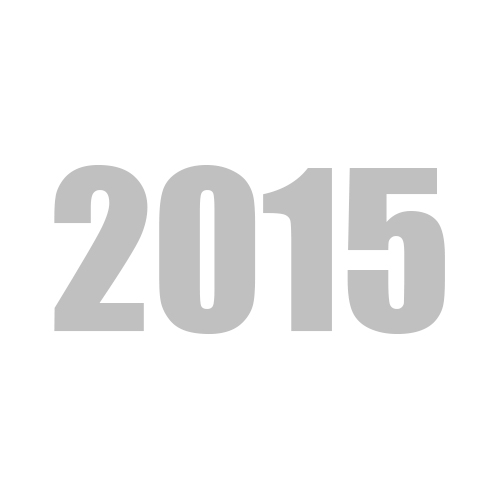 Whenever an electric light goes on around the world, Vossloh-Schwabe is likely to have made a key contribution to ensuring that everything works at the fl ick of a switch. Headquartered in Germany, Vossloh-Schwabe has been a member of the global Panasonic group since 2002 and counts as a technology leader within the lighting sector. Top-quality, highperformance products form the basis of the company's success. They use EXJECTION technologie for serial production and reported to their customers: "Using the so-called exjection method – a new combination of extrusion and injection processes – we can now manufacture optics of up to 2 m in length and with several photometric degrees of freedom." 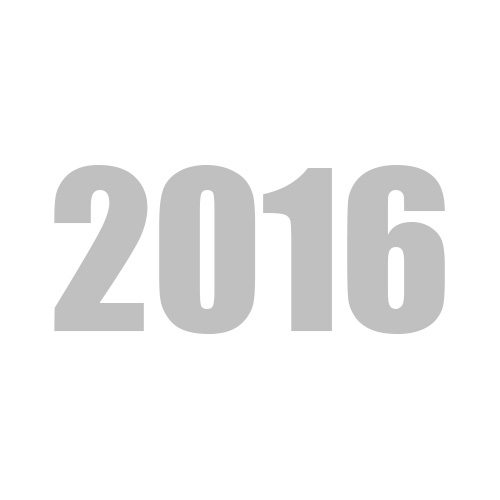 EXJECTION Molding comes into its OWN

Presented first to the public by Engel on K´2007 Show in Düsseldorf, EXJECTION technologie now becomes established on the market in various applications. A good reason for SPE to publish the current state of this innovative process realized in different modifications. Especially EXJECTION endless prozess sets a major milestone for next generation injection molding. In SPE blog Jan H. Schut wrote: "So a decade after Exjection was introduced to mold long thin parts out of materials that couldn’t be molded otherwise, it’s now under development for high-volume applications in medical, construction, and packaging. Its advantages today for both individual and continuous parts are efficiency, cost saving, and better part quality." 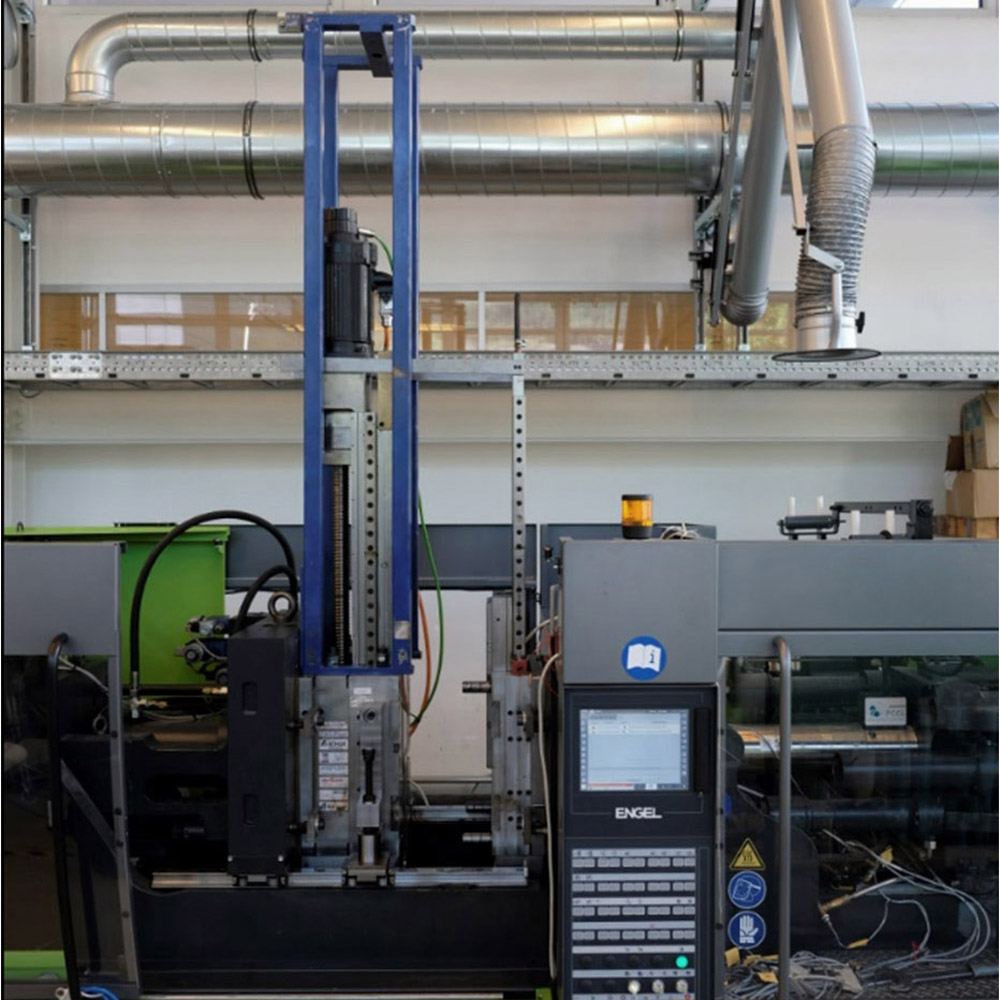 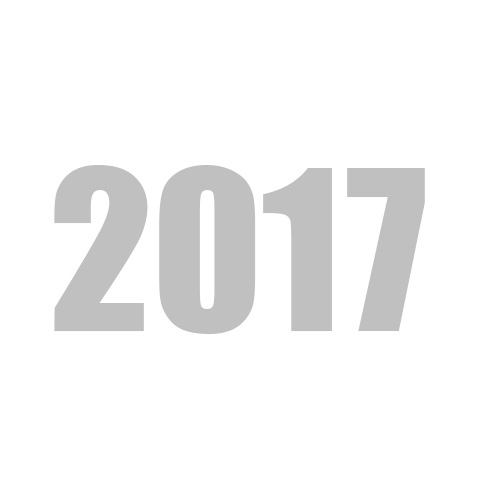 In 2017, with the adapted research model of IB STEINER on an ENGEL rubber injection molding machine at the Institute for Injection Molding of Plastics at the Montanuniversität Leoben, rubber components with the EXJECTION process will be produced for the first time worldwide. In the FFG project "RubExject", SKF Sealing Solutions Austria GmbH, 8750 Judenburg, is on board as an industrial research partner. As a specialist in the construction of EXJECTION rubber molds, ELMET Elastomere Produktions- und Dienstleistungs GmbH was acquired in 4064 Oftering. By 2019, test components made of NBR and HNBR are to be produced using a special EXJECTION test model. The process conditions are virtually analyzed and optimized by simulation. The results are subsequently verified in real tests on the EXJECTION system. 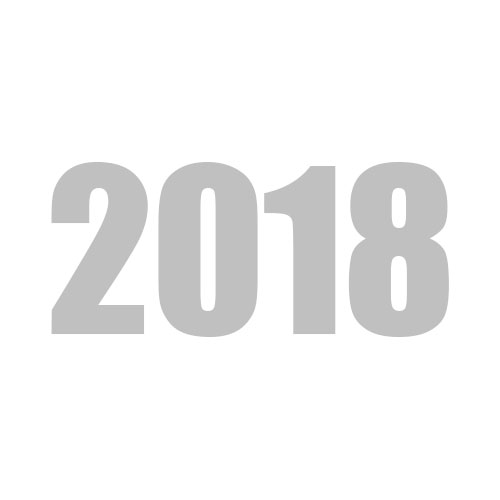 The patent for continuous injection molding, filed in 2017, will be issued in Austria in May 2018 and subsequently applied for registration worldwide. Based on the exclusive EXJECTION technology, injection molding parts are produced in a rotational mould that, like a bottling plant, successively leave the mold. The process parameters are identical for each component, resulting in consistent characteristics. Since the teaching periods of the classic, cyclic injection process no longer exist, productivity can be increased by up to 40%. Additional process steps, such as inserting films, do not reduce the production rate. With an EXJECTION system built by ENGEL, the continuous injection process with a rotational mould was realized and the performance confirmed. This is the perfect start to a new era of injection molding. 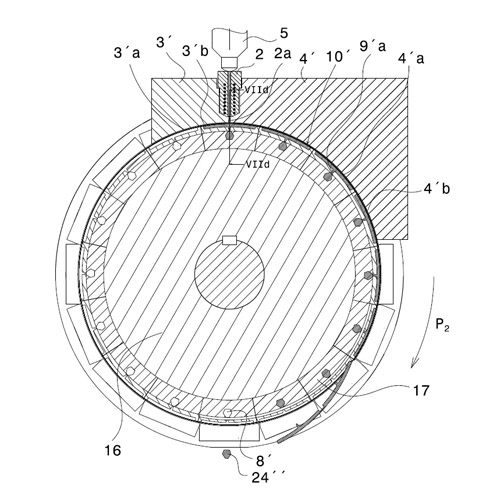 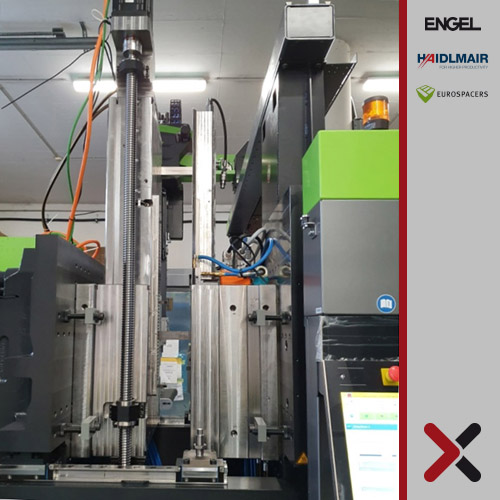 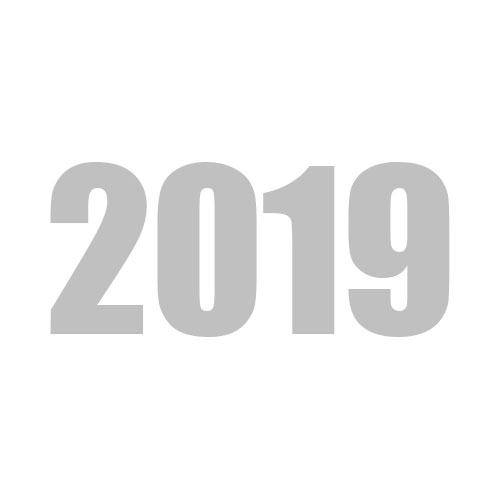 with Mould Construction Competence from HAIDLMAIR ...

HAIDLMAIR GmbH Werkzeugbau a in 4542 Nußbach acquires the competence for the construction of EXJECTION tools in 2019. At the symposium "40 years of HAIDLMAIR" the EXJECTION plant of EUROSPACERS AB 41118 Gothenburg, Sweden, will be presented in a linear form. The ENGEL EVC 1340H / 740W / 300 combi injection molding machine is equipped with 2 injection units and therefore also suitable for operation with rotational molding for the continuous injection molding process. The EXJECTION software module for the machine control CC300 masters not only the linear EXJECTION technology, but also the EXJECTION endless technology for the production of injection molded parts with maximum productivity, following the HAIDLMAIR philosophy. The rotomoulding machine built for EUROSPACERS will start series production in early 2020. http://eurospacers.eu/

Cookies make it easier for us to provide you with our services. With the usage of our services you permit us to use cookies.
More information Ok Decline